At Cascadia Behavioral Healthcare, it was time for a change to their backups for their IBM i Power 550.

Cascadia needed their backup system to be easier than using physical tape with an LTO4 tape drive.

Their main objective was to be able to backup data in case both their production server and High Availability replication system (iTera by Vision Solutions) had database issues, such as application or programming issues that required data to be restored. The new system had to eliminate the need for using tape.

John Jones, IT Administrator at Cascadia, says they selected LaserVault UBD over Evault’s Plug-n-Protect because it enabled them to move away from using physical tape.

According to John, other deciding factors in favor of UBD included:

“The easy implementation, no software changes for existing backup scripts, and it freed up existing Virtual Tape backups on our IBM i server. We’ve reduced the risk of a data breach by not transporting unencrypted tapes.”

Along with simplifying their backup process considerably and having better protection for their data, they have reduced their backup windows by 25% saving them time for other things. This is the outcome everyone wants in a new backup solution.

“We are very pleased with the UBD backup device, says John. It has been working out as advertised.”

Congrats to CEDRIC B, winner of the BOSE Bluetooth earbuds drawing at the Jan 17th live webinar: “Implementing An iSeries Tapeless Backup Solution “

Watch this recorded live event and see how to quickly automate processes and immediately reduce the time you currently spend in managing your backups. Plus you’ll learn: 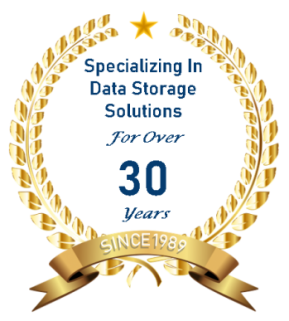